Keith Flint, the singer of The Prodigy, has died.

Keith Flint, the iconic singer in the British band The Prodigy, has died at the age of 49.

The star was found dead at his home in Dunmow, Essex, The Sun reports.

His death is not being treated as suspicious.

Flint, known for his wild hair and distinctive tattoos, toured Australia with the band last month.

Their last concert was the Qudos Bank Arena in Sydney on February 2.

An Essex Police spokesman said: “We were called to concerns for the welfare of a man at an address in Brook Hill, North End, just after 8.10am on Monday

“We attended and, sadly, a 49-year-old man was pronounced dead at the scene. His next of kin have been informed.

“The death is not being treated as suspicious and a file will be prepared for the coroner.”

The Prodigy emerged from the underground rave scene of the early 1990s to become one of the UK’s biggest bands.

Flint formed The Prodigy with co-founder Liam Howlett after meeting at a nightclub in Braintree, Essex.

The star was known for his wild live performances. Picture: Supplied

They reached Number 1 with Firestarter and Breathe in 1996 and notched up six British Number 1 albums.

Flint was orginally a dancer for the group but featured as a vocalist on Firestarter, the song that propelled the group into the mainstream.

According to the BBC Flint was due to start a US tour in May.

The year 2018 isn’t even over yet, and already there is plenty of reason to be excited about upcoming releases for 2019. If you are in the mood for a slightly generic EDM mega-collab, that is. Armin van Buuren has teamed up with W&W and Dimitri Vegas & Like Mike for a highly energetic floorfiller titled ‘Repeat After Me’. The Dutch king of trance actually already dropped this mystery ID during his Tomorrowland set this summer, but today we learned through Reddit that the track will actually see a release date of January 18th, 2019 on Armada Music’s sublabel Armind.

‘Repeat After Me’ contains some elements of psytrance and electro house, while also seamlessly combining W&W’s and Dimitri Vegas & Like Mike’s signature sounds. The track builds up to a super explosive drop, and it only becomes kind of ‘AvB-trancy’ halfway through, right before it starts to bring back similar vibes as Armin’s 2014 smash hit ‘Ping Pong’. Earlier this winter, W&W also collaborated with Armin van Buuren on their hardstyle banger ‘Ready To Rave’, once again showing that the world’s former number 1 DJ in the world doesn’t shun producing tracks other than trance.

It may not be their finest production ever, but ‘Repeat After Me’ will surely do well on the dancefloor of just about any big festival coming up next year. Just like Armin’s previously released crowd favorite ‘Blah Blah Blah’, ‘Repeat After Me’ surely is an energetic banger that has the potential to become a crowd favorite once again. Check out the preview of Armin van Buuren x W&W x Dimitri Vegas & Like’s collaboration down below.

Over the past few years, Oliver Heldens has undeniably made a name for himself. He’s had impressive chart-topping releases such as ‘Melody‘, ‘Renegade Mastah‘, ‘Koala‘, ‘Flamingo‘, and more. In addition to these incredibly catchy tunes, the 23-year-old has also gained worldwide recognition via his bassline-driven and underground alias HI-LO. Under that alias, he’s released tracks such as ‘The Answer‘, ‘WTF‘, ‘MHATLP‘, and ‘Alien Technology‘.

Recently, the Dutch DJ has taken on his most impressive project to date. RCA (Sony Music Entertainment) has recruited the famous artist for a new and exciting deal.

Heldens’ latest single ‘Fire In My Soul‘ features the very talented Shungduzo‘s vocals. The track is co-produced by Grammy Awards winner Oak Felder. The new track is one of the talented musician’s favorite releases to date and is guaranteed to be stuck in your heard for days.

“WE ALL COME FROM VERY DIVERSE PARTS OF THE WORLD: THE NETHERLANDS, TURKEY, ZIMBABWE, THE US, […] WHEN WE GOT INTO THE STUDIO, I TOLD THEM I WAS VERY INSPIRED BY AFRICAN MUSIC RECENTLY, SO WE STARTED SHOWING EACH OTHER ALL THIS DIFFERENT AFRICAN MUSIC WE LIKED. THAT REALLY GOT US IN THIS VIBE TO CREATE ‘FIRE IN MY SOUL.” -OLIVER HELDENS STATED.

In celebration of this thrilling news, ‘Fire In My Soul’ is now available for streaming on iTunes and Spotify. 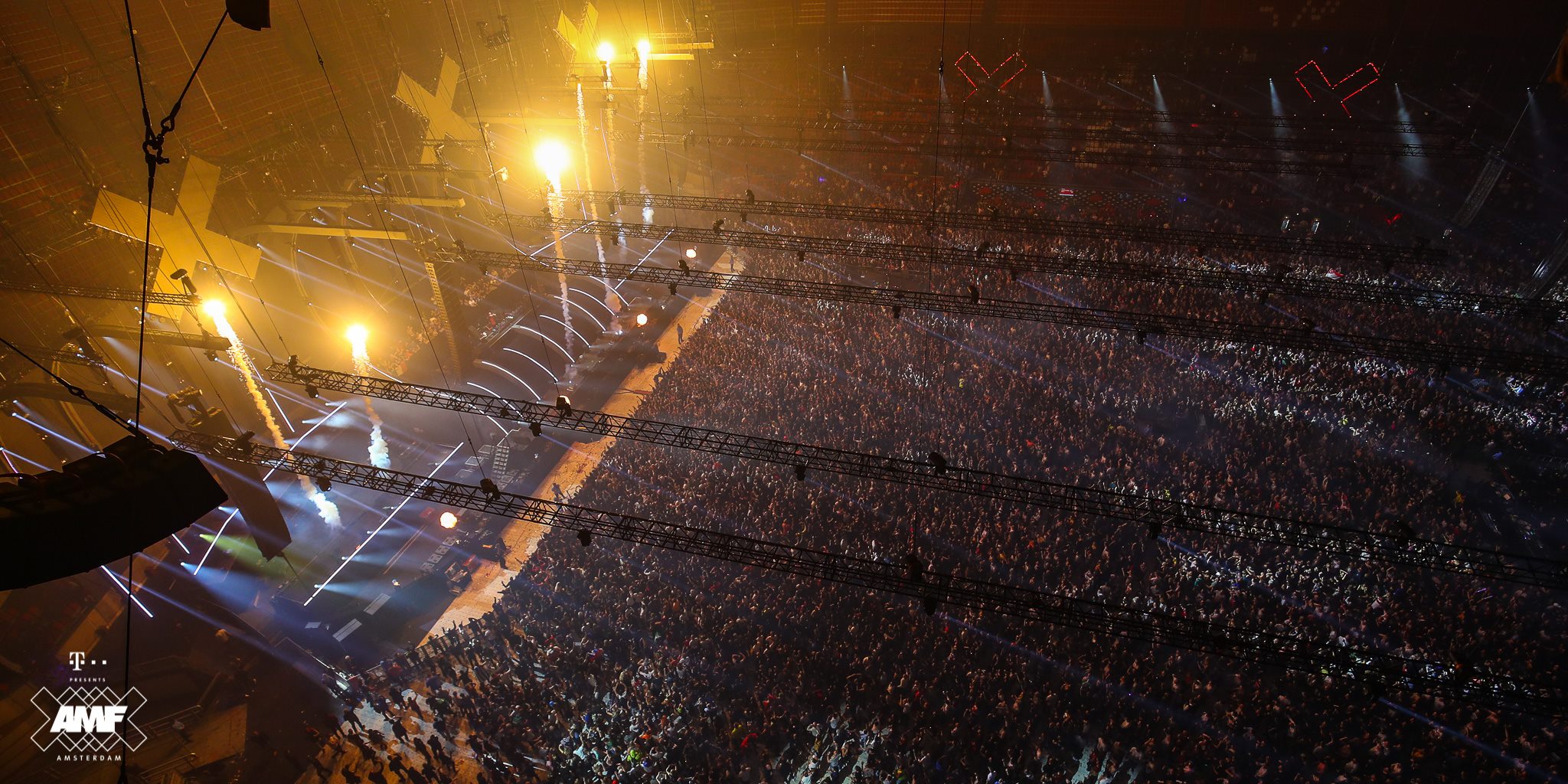 28th OCTOBER, 2018
LIQUID EDM NEWS
David Guetta, Dimitri Vegas & Like Mike, Axwell Λ Ingrosso, Lost Frequencies, KSHMR, Vici Vici, W&W and many more took the stage. To to top it all off Martin Garrix was announced as the #1 DJ in the world, live from AMF.“We rave to escape reality. The one place that no matter who we are, or what star we have, and the dance floor becomes a paradise. Where all are welcome and none are judged. That moment when we close our eyes and just feel the bass pulsate through our entire body. As we dance to the rhythm of the music. This is where we belong.”Watch as the people of AMF 2018 rave like there’s no tomorrow.

While the US is worrying about hackers with the midterm elections growing closer, over in Brussels, another major breach was experienced by Tomorrowland. According to a report by Brussels Times, hackers were able to infiltrate the festival’s systems and obtain the data and personal information of 64,000 attendees.

If it’s any consolation, the information obtained was from those attending in 2014; additionally, no information such as payment credentials was taken. The information stolen included names, addresses, age, postcode and gender.

“The managers of the Paylogic ticketing system noticed some unusual activity on an older system,” spokesperson Debby Wilmsen told De Standaard. “After careful analysis it appeared that an old database from Tomorrowland 2014 was concerned. The server in question was immediately taken offline.”

Everyone effected by the breach will be informed of the incident by email. Users are advised to change their passwords as a general rule of safety.

Swedish House Mafia are building up the hype of their comeback one countdown at a time. The first counted down to a press conference, during which shared they are officially back in studio and performing together. Which, we already knew, but hearing it straight from the source — the news sounds even better.

The last timers set on the group’s website led to the announce of three Stockholm shows. Now, there’s another set to end over a week from now. It could be new music, or another show, or a full-on world tour for all we know. Anything is possible when it’s Swedish House Mafia.

So far, the group is set to perform a 3-night run at Tele2 Stadium in Stockholm, Sweden next May. 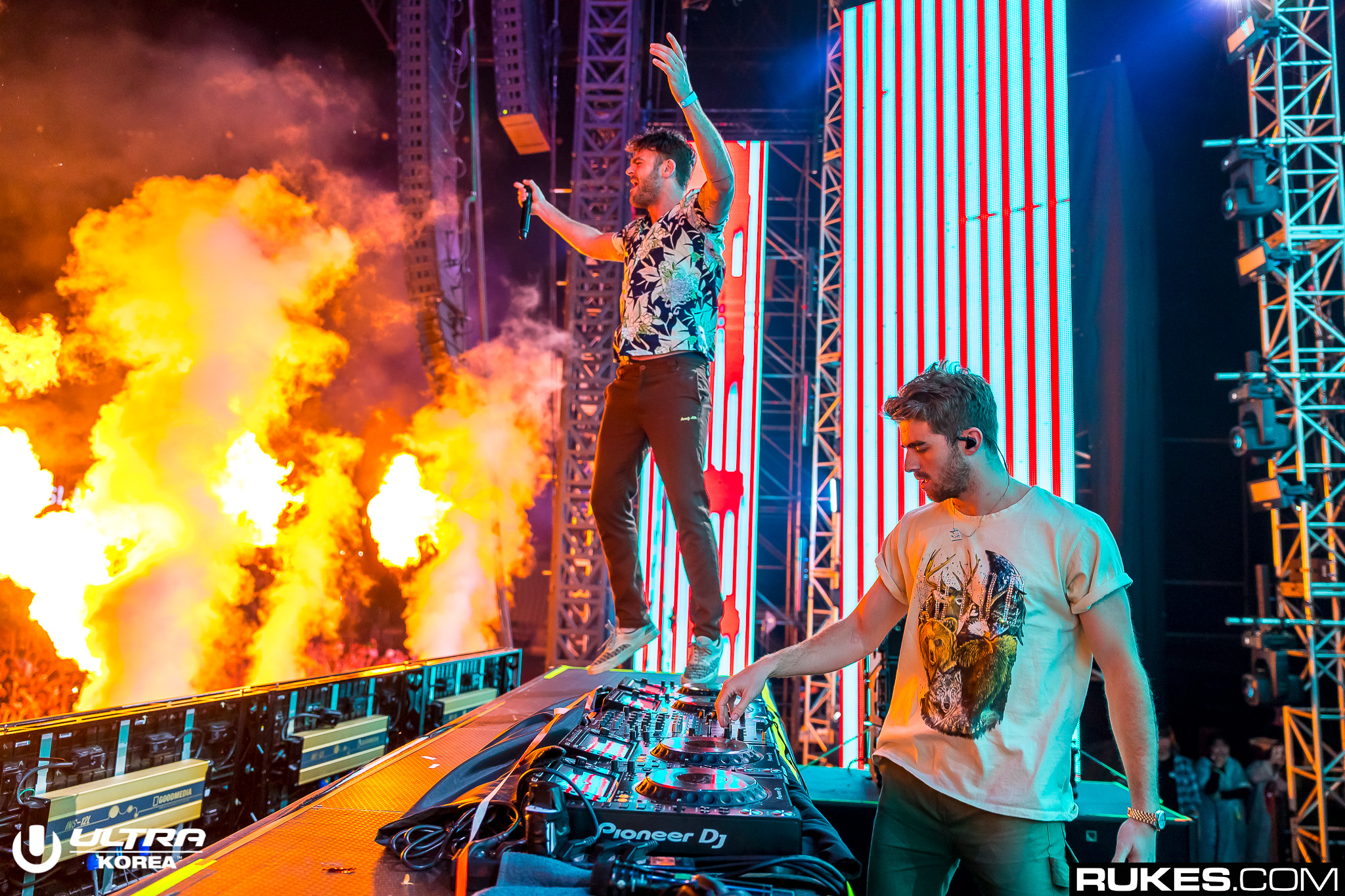 27th OCTOBER, 2018
The Chainsmokers‘ new track with Aazar is rather untamed compared to most of their pop fusions. Whether you love the duo or love to hate on ’em, the surprising nature of this single is reason in itself to give it a good listen.“Siren” almost sounds like two songs mashed into one — but we’re not complaining one bit. The switch up seems warranted given the subject matter. “Siren” is all about being attracted to chaos, and the trapped out drop really builds on that note. The track is a rollercoaster of emotions and it’s easy to hear the ride go up and down as these artists collide.The jaw-dropping production is sure to put even more eyes and ears on The Chainsmoker’s growing Sick Boy collection. The updated 8-track release also includes “Everybody Hates Me,” “You Owe Me,” “Sick Boy,” and more.From country-infused “This Feeling” to the much harsher side of their sound, “Save Yourself” featuring NGHTMRE — we’re hearing the most diverse collection of music from The Chainsmokers yet.Enjoy “Siren” right here and let us know what you think of their latest!

This past Tuesday, Sonny Moore, aka Skrillex, testified in front of a Los Angeles Superior Court jury regarding a stage diving incident from 2012. At a post-Grammy show at The Belasco, Skrillex beckoned fans to come closer for a signature stage dive. When he leaped, he allegedly landed awkwardly on the neck of the plaintiff, Jennifer Fraissel, then age 24.

Fraissel texted her then-boyfriend that she suffered neck pain and whiplash. 16 days later, she suffered a stroke. Los Angeles-based radiologist Dr. Stephen Hetts testified on behalf of Fraissel, confirming that the plaintiff suffered an ischemic stroke. Hetts also confirmed that it is extremely unlikely for a woman of Fraissel’s age to suffer that type of stroke.

Fraissel sued Skrillex and Lost Boys Touring Inc. alleging battery and negligence. Her argument is founded on the fact that Skrillex beckoning fans to come closer made it impossible for her to escape. However, attorneys working for Skrillex have proof that Fraissel also attended a show in 2011 where Skrillex performed the same stage dive maneuver. According to defense lawyers: “The plaintiff stood near the front of the stage at the Belasco and assumed the risk she could be injured.”

It’s a dicey situation, especially when people are put at risk. On one hand, this type of jump has come to be expected at shows such as this. On the other hand, people typically don’t pay for a show to get jumped on. Seems pretty hard to prove negligence here, as fans could see what he was attempting to do.

Which side are you on? Check out the stage dive that allegedly led to the accident below, courtesy of TMZ.

When Dillon Francis rolls into town, it’s definitely a party of a show you don’t want to miss. Bangers, special guests and even Gerald the Piñata are just a taste of what you can expect at a Francis event. So when a fan noticed that this year Dillon’s IDGAFOS event was MIA he went straight to the source to find out why.

The fan went on Twitter to express how sad she was that there wouldn’t be an IDGAFOS event held at the Shrine in Los Angeles and got a reply from the man himself.

He informed the fan with awesome news stating that he had, “Something bigger and better” planned for next year while also adding the hashtag IDGAFOS weekend.

Could he be hinting at a possible IDGAFOS event that would take place over a 2 day weekend? The change from a one day event to two would mean that Dillon would have some pretty epic surprises up his sleeve for all his fans.

While not much else was revealed on this, we’ll be sure to keep everyone informed when Francis decides to unveil more info on this.

The Prodigy announce Australian tour for 2019

The godfathers of rave are coming back to Australia

There are a lot of amazing live bands in the world. But there are but a handful that have the kind of furious energy that even comes close to what The Prodigy muster when they bring their immense live show to any given arena.

That show returns to Australia next January, with The Prodigy today announcing five enormous shows around the country as they tour on the back of their soon-to-be-released seventh album No Tourists.

They have headlined this country’s biggest festivals, they have sold millions of records, their incendiary punk-fuelled electro fury still sounds as fresh and urgent as ever, and they’ll remind us of this when they are back on Australian soil for the first time in almost four years.

The Prodigy are one of the great acts in the history of electronic music. A band that brings together music lovers of all different persuasions, and a band that commands you to move. If you haven’t seen them live, rest assured that the power and energy of their records is more than replicated in the live setting.

Support for all shows comes from Enschway and ShockOne, two locals rapidly rising through the rank of the Australian electro scene.

The Prodigy play the following shows in Australia early next year:

Tickets are on sale from 10am Thursday 1 November